His work place, “ZUMA,” is a contemporary Japanese restaurant located in London, Istanbul, and Dubai. Since the main store opened in London in 2002, the number of stores has steadily increased, and in 2007, the Hong Kong store opened in the famous commercial facility “IFC Hong Kong International Financial Center” in the center of Hong Kong. It is a 5-minute walk from the subway “Chukan” station and is easily accessible, with a repeater rate of over 60%.

The stores located on the 5th and 6th floors of the building are connected by a stairwell, the 5th floor is the main dining, sushi & fireside counter, private rooms, the restaurant floor with terrace, and the 6th floor is the bar and lounge. A total of 100 staff members are working, and one Japanese person is enrolled as a sushi chef. 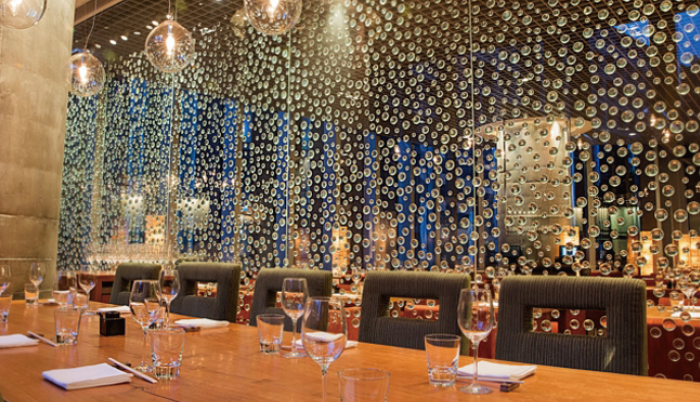 Featuring a high-end, modern interior, it has the image of a sophisticated Japanese izakaya. The concept of cooking is modern Japanese food, with many menus such as nigiri sushi, robatayaki, and creative dishes. Drinks include sake, wine, and original cocktails.

Fascinated by the luxury of luxury, customers from all over the world, and being used in a variety of situations at an internationally renowned restaurant, Mr. Leung has been engaged in service as a hall staff since May 2012.

There is a store of the same type near the main store, but it is not here. It is also very popular with Westerners living in Hong Kong because it is famous for foreigners and has a bar.

“The popular menu is simmered silver cod in Saikyo and tataki of Japanese beef, which are mainly ordered by men in their 30s and 40s. Most people order sake together, but those who are new to it or don’t really understand. After explaining the characteristics of the four types of sake and how to drink them, in some cases, we ask them to make a comparative tasting before ordering.
Many customers say that they are “dry”. In many cases, even if it is dry, it depends on how it tastes, raw materials, manufacturing method, etc., so we ask customers what they need and what brands they usually drink, and then provide them after understanding their tastes. Anyway, it is most important to communicate well with customers, “says Mr. Leung.

70% of the main customers are men in their 40s, and most of them are tourists, business travelers, businessmen working in central Hong Kong, and entertainment. The percentage of foreigners is about 50%, and the percentage of Japanese is small. 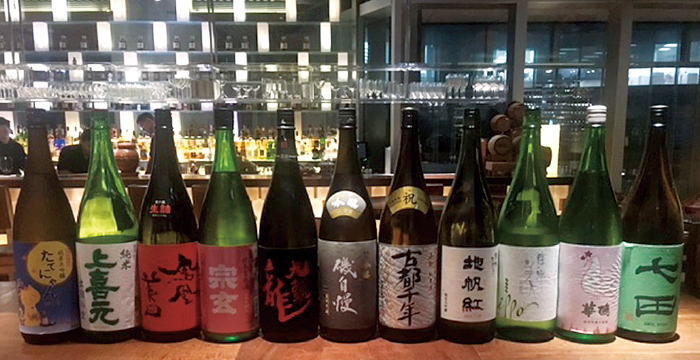 Mr. Leung says that by acquiring an International kikisake-shi, he has become able to sell a wide range of sake with confidence. He seems to be delighted when he hears his tastes, recommends unfamous brands and repeats them, or asks for new recommendations. It seems that the number of staff aiming to become an International kikisake-shi at the store is increasing, and expectations for the future will increase.
Next, he will challenge the qualification of a Master Sommelier of Sake (Sakasho), and eventually he wants to open his own bar.