In 2015, Hirameki opened its first store in an alley crowded with restaurants near the Korea General Trade Center (Koex), a 2-minute walk from Samsung Station in the Gangnam area of Seoul. Then, in the summer of 2017, we opened our second store about 200 meters away from the first store. It is a Japanese restaurant that is popular for its dishes made with fresh ingredients and stylish interiors. 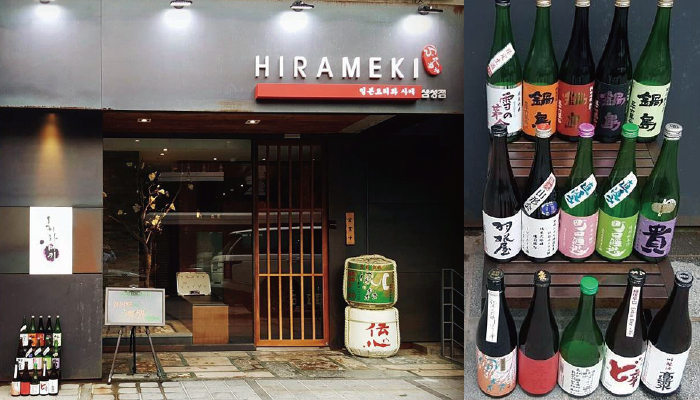 In this area, you often see Japanese notation on the signboards of Japanese-style taverns and storefronts of franchises, and at first glance it seems that there are many Japanese, but many of our customers are Korean businessmen and women, and foreign countries. The total number of Japanese and Europeans is less than 20%. Most men are in their 30s and 40s, and women are in their 20s and 30s, and about half are repeaters.

Originally, I was interested in sake, but he decided to study from scratch because he was in charge of the sake service.
“After passing the exam, I became more fun of sake, and at the same time, I was able to understand why it tasted like this, so I felt it was even more delicious.” 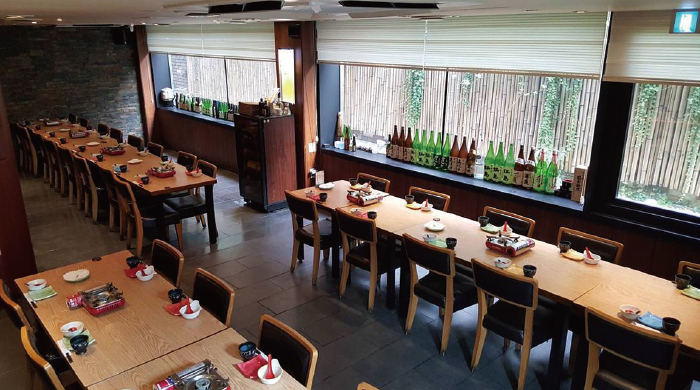 There are 2 kitchen staff and 3 hall staff, of which 2 are Sommelier of Sake (International kikisake-shi). In order to provide the taste and essence of authentic Japanese, we visit Japan regularly, investigate not only food and sake, but also trends, and share it with the staff, and at the same time, we use it to brush up the store.

“Popular menus are sukiyaki and wagyu-yaki, which are often ordered by young women. Many people have traveled to Japan and ate them, and I’m glad that they have the same level of deliciousness as in Japan. “
In addition to 45 kinds of sake, which is arguably the most popular in the area, 10 kinds of Japanese sake are available, and it is also known as a local sake specialty store. There are also brands that can only be drunk here, and there are not a few customers who mainly order sake like bars.
“There are almost no customers who drink sake for the first time, but for those who have little experience, we offer sake-type brewed sake, etc., and try to make proposals that match the customer’s reaction and cuisine.”

The popularity of sake is rising in South Korea, and sake fairs are now being held. We can expect further development from now on. Recently, it seems that the number of people who drink Japanese shochu is increasing.
By acquiring an International kikisake-shi, he preaches the splendor of Japanese sake as an in-meal’s sake. Seeing the customers are very happy and satisfied is the most rewarding experience. In the future, we will continue to spread the appeal of sake to as many people as possible with the style unique to local sake specialty stores.